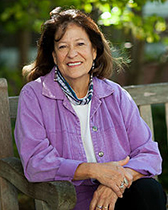 Patty Loew, Ph.D., is a professor in the Medill School of Journalism and Director of the Center for Native American and Indigenous Research at Northwestern University. A member of the Bad River Band of Lake Superior Ojibwe, Loew is author of Indian Nations of Wisconsin: Histories of Endurance and Renewal, now in its second edition, which won the Wisconsin Library Association's 2002 Outstanding Book Award. She wrote Native People of Wisconsin, which is used by 18,000 Wisconsin school children as a social studies text. Her newest book, Seventh Generation Earth Ethics won the 2014 Midwest Book Award for Culture. Loew has produced many documentaries for public and commercial television, including the award-winning Way of the Warrior, which aired nationally on PBS in 2007.  Loew works extensively with Native youth, teaching digital storytelling skills as a way to grow the next generation of Native storytellers and land stewards. She is a former member of the national board of directors for both UNITY: Journalists of Color and the Native American Journalists Association. Prior to joining the faculty at Northwestern, Loew held professorships in the Department of Life Sciences Communication and the Department of Civil Society and Community Studies at the University of Wisconsin. Loew holds honorary doctorates from Edgewood and Northland Colleges.